The fourth edition of The Rainbow Bridge: Bridge to Inner Peace and to World Peace has been endorsed by H.H. the 14th Dalai Lama, New York Times Bestselling Authors, Doctors, Lawyers, Ambassadors, Astronauts, Olympians, an Academy Award-Winning Actor and a growing chorus of prestigious global luminaries. It is also the recipient of 22 literary awards. The book illuminates the common ground in the world's major wisdom traditions, also known as universal principles. The sixty easy-to-use universal principles can be used to help guide us to experiencing deep inner peace. They can also be used in concrete ways to help create a bridge to a peaceful harmonious world that works for all via a comprehensive 14-Point Road Map to World Peace.

This book also reveals how the mainstream Rainbow Bridge is spontaneously appearing around the world in the form of physical bridges, stores, hotels, music festivals, Hollywood films and more.

The Rainbow Bridge is a vision of peace and unity that comes from deep inside the heart of humanity. Learn how it can be a positive contribution to your life and to the lives
of billions of people worldwide. 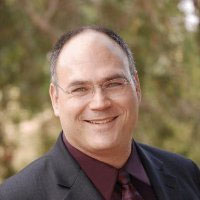 With professional certifications in knowledge management, change management and project management, Brent Hunter is the author of five books, an IT professional, producer, former psychotherapist and National Certified Counselor. Hunter is also a social media pioneer as the founder of the first Internet-based global community called "The Park," with more than 700,000 members in 190 countries worldwide. Through the amazing Park Odyssey, which he is now chronicling in a separate book, he learned some of what it means to be a human.

Brent is part Muslim and part Jewish, and was brought up as a Christian. He currently studies and lives by an integrated set of life principles including Bahai'i, Buddhist, Christian, Confucian, Earth-based, Hindu, Islamic, Jewish, Native American/Indigenous, Sikh, and Taoist traditions. Brent believes that all paths are divine and must be equally respected in order for the world to become a significantly better place for all of our brothers and sisters worldwide.

Brent is an Eagle Scout, a graduate of the U.S. Army Airborne School, and is involved with a number of global civic organizations, including a past position in the United Nations Association of the U.S. as the Vice President of Communications in the Northern California Division. He is also the author of The Pieces of Our Puzzle: A Multi-Faceted Approach to Personal Health and Well Being, Nuggets of Wisdom: Quotes to Ponder and Inspire, More Nuggets of Wisdom: Quotes to Ponder and Inspire, and the upcoming The Park Odyssey.

After being born in Brooklyn, NY and living in Upstate New York, Philadelphia, Chicago and San Francisco, Brent currently lives, plays, and works in Los Angeles.